.
Over the years I have accumulated large numbers of old Templot files. Usually I can half-remember what each one refers to, but this one has got me puzzled.

A background shapes file saved in September 2017. Maps of Bowling, Dumbarton, with a detailed large-scale map overlaid on a larger 25" map. All to 4mm scale. Looks to be a very modellable location: 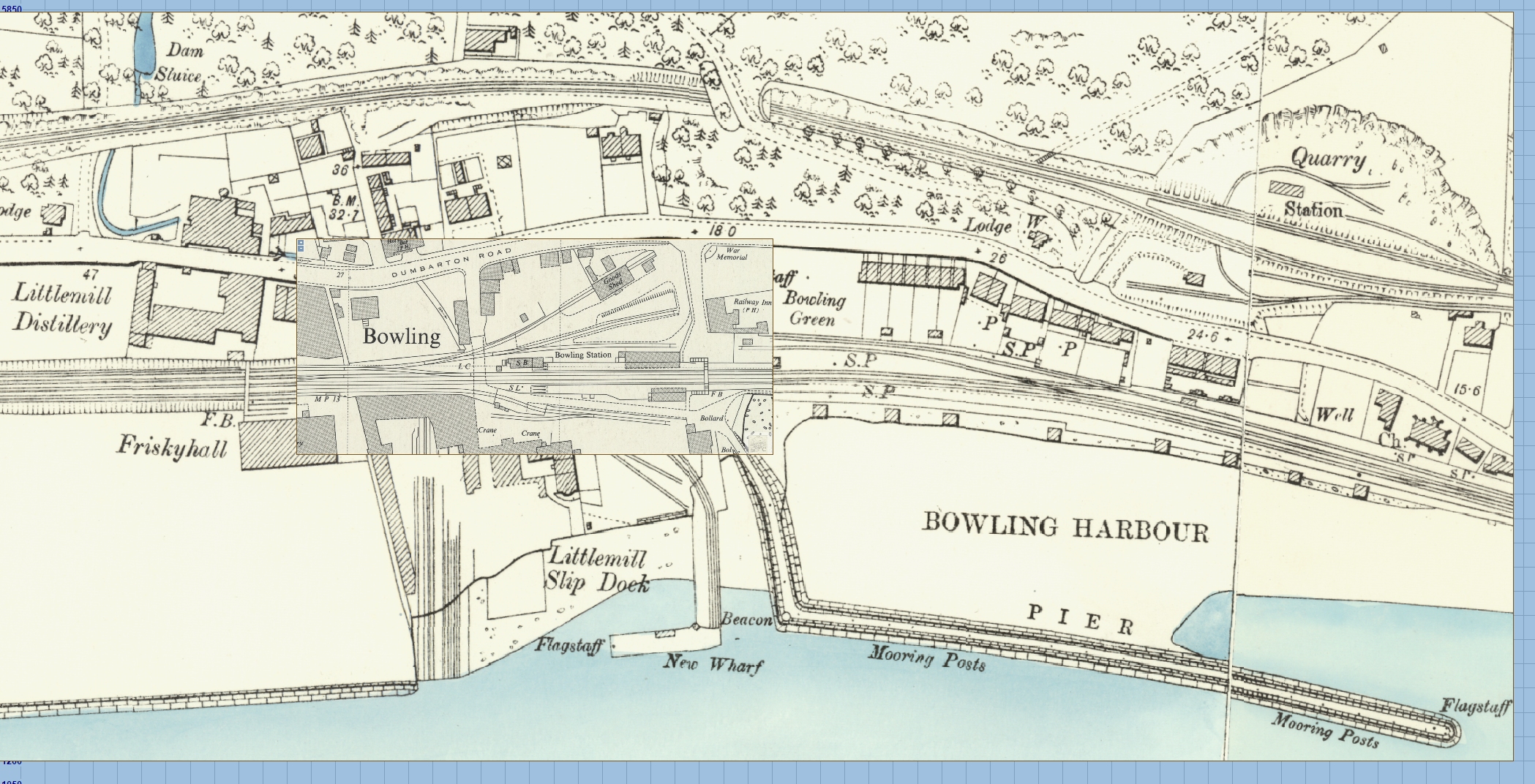 The file is too large (40MB) for an attachment, so I have put it on the web site -- download from:

(It will be quite slow to load into Templot background shapes.)

Anyone? Is it yours? Did it get built?

Not mine, but technically Bowling is in West Dunbartonshire. The town of Dumbarton is a bit further West. It's all designed to confuse!

This is my neck of the woods having been brought up in Dumbarton. Perhaps a more interesting view is the next map along which shows the locks at the end of the Forth and Clyde canal, and the Caledonian/LMS yard adjacent to the harbour.

The Caledonian main line crossed over the canal locks and the North British/LNE lines and this bridge was a rather grand swing bridge topped by a Caledonian signal box on a gantry. There are a selection of pictures of the bridge and its environs on this web site

More on this site of the present day bridge :-

The reason for a harbour at Bowling, and also at Port Glasgow on the other side of the Clyde, was that that was the limit of navigability for cargo ships, and goods to and from Glasgow had to be carted down each side of the Clyde to these harbours. The Forth & Clyde canal opened up in the late 18th century as another means of transport to and from Glasgow and central Scotland. The railways appeared in the middle of the nineteenth century to service the harbours but steps had also been taken to improve the navigability of the Clyde and by the late nineteenth century, ocean going cargo ships had access to the docks in Glasgow and the harbours and quays in Bowling and Port Glasgow lost all their previous trade.

For followers of "Taggart" the site of the LMS yard was a favourite location in several of the episodes.

At long last -- the old forum is archived