NEXT ZOOM MEETING - The next Templot Club Zoom meeting will be on Wednesday 8th February 2023 at 8pm UK time. All welcome.
More info and meeting link: click here.

Quick reply >
remove search highlighting
Work at the SR7mm Group railway, of which I am a member, has seen Great Victoria Street services suspended whilst the permanent way team lifted the existing station throat to replace it with a new formation. This is a job laid over from winter 2020 due to the dreaded lurgy.

First, the connection to the Up and Down main lines was cut. 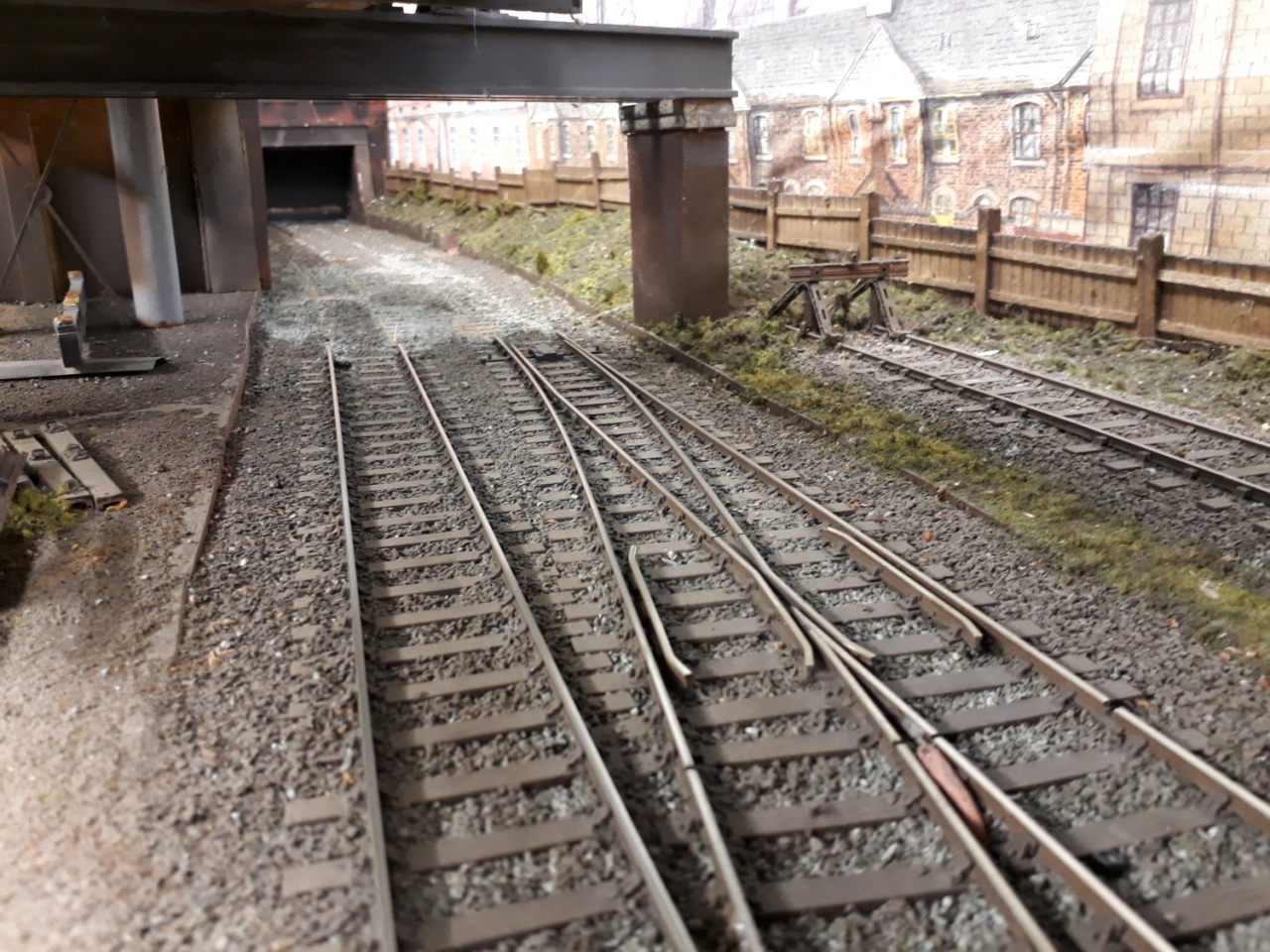 Seacoal Row, the locomotive servicing depot, and turntable, was removed. 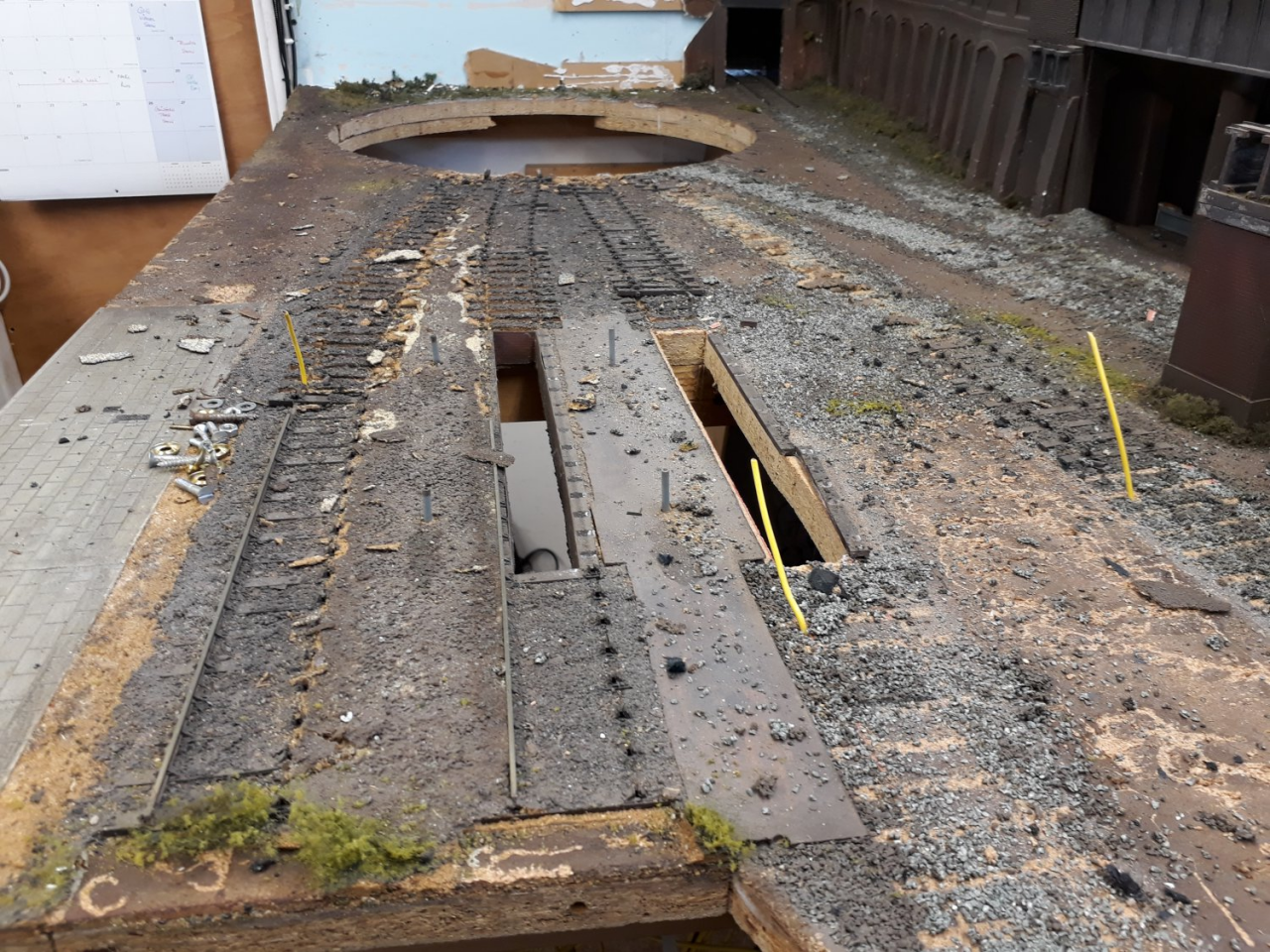 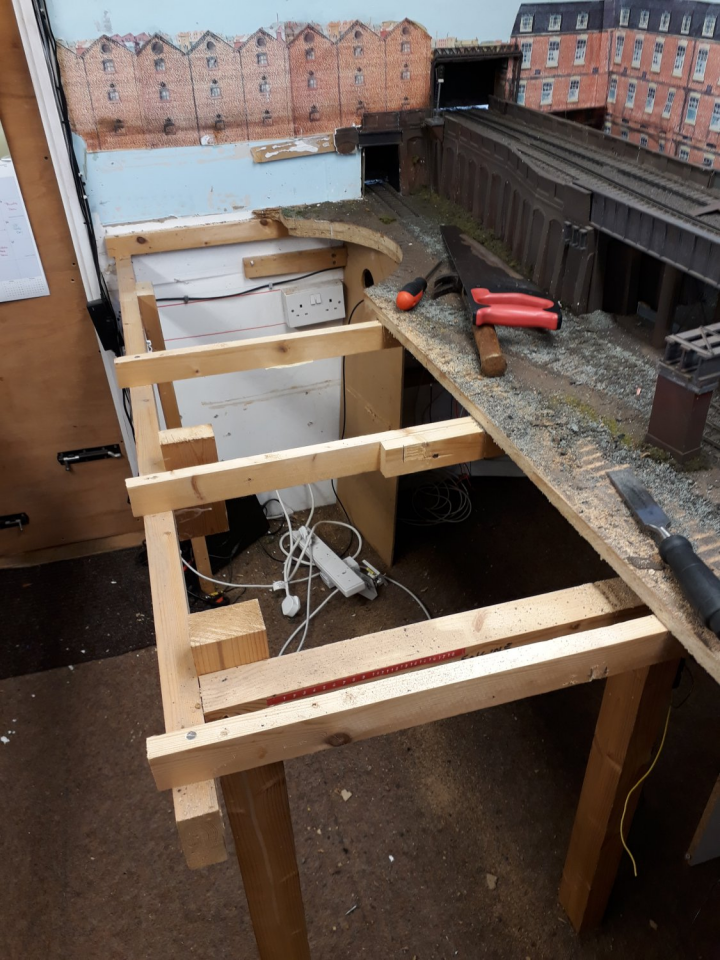 The station approach/throat was then lifted. 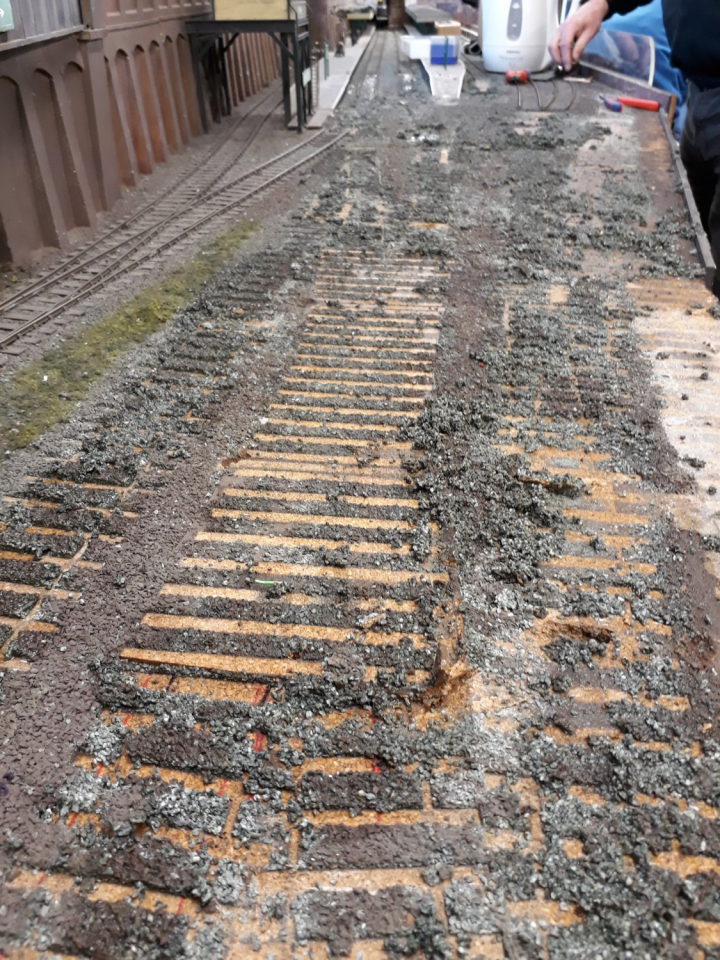 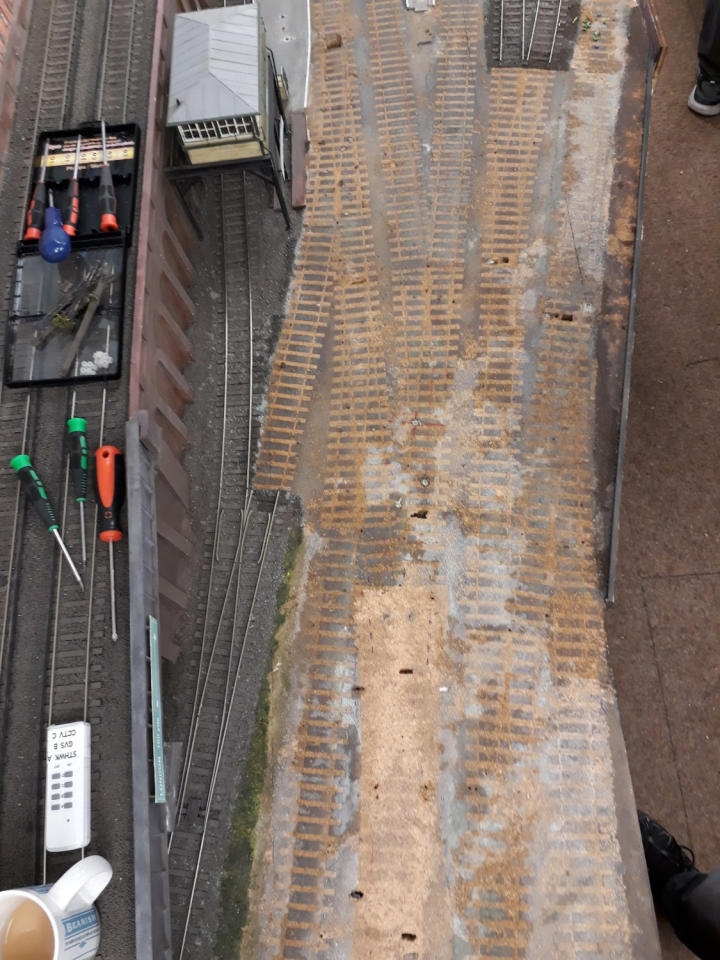 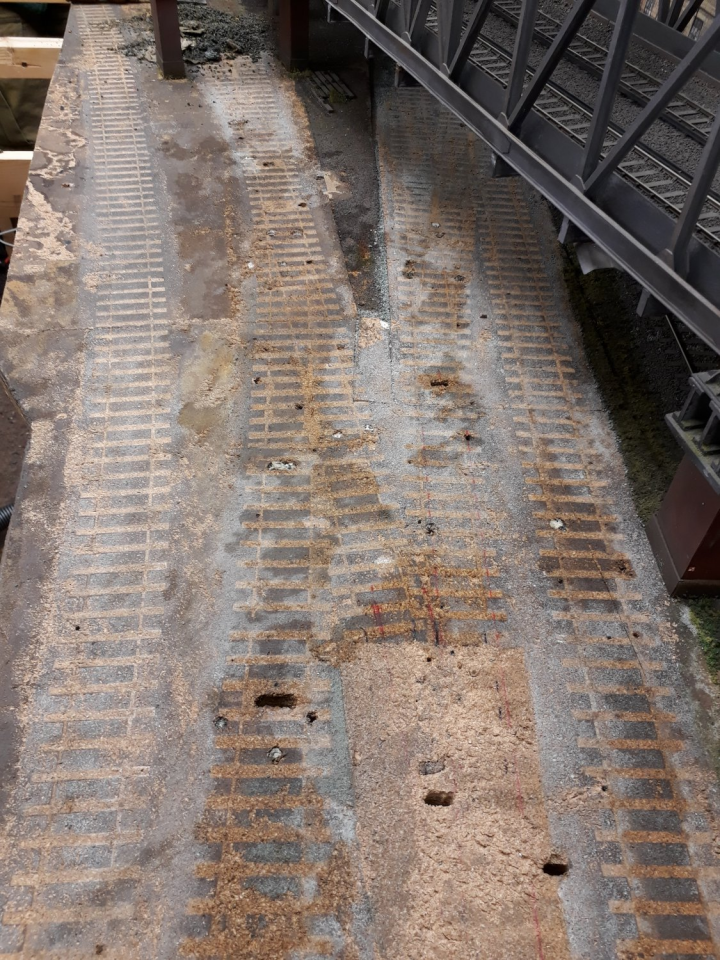 Just in case any passengers were caught off guard with the suspension of services, official notices have been posted. 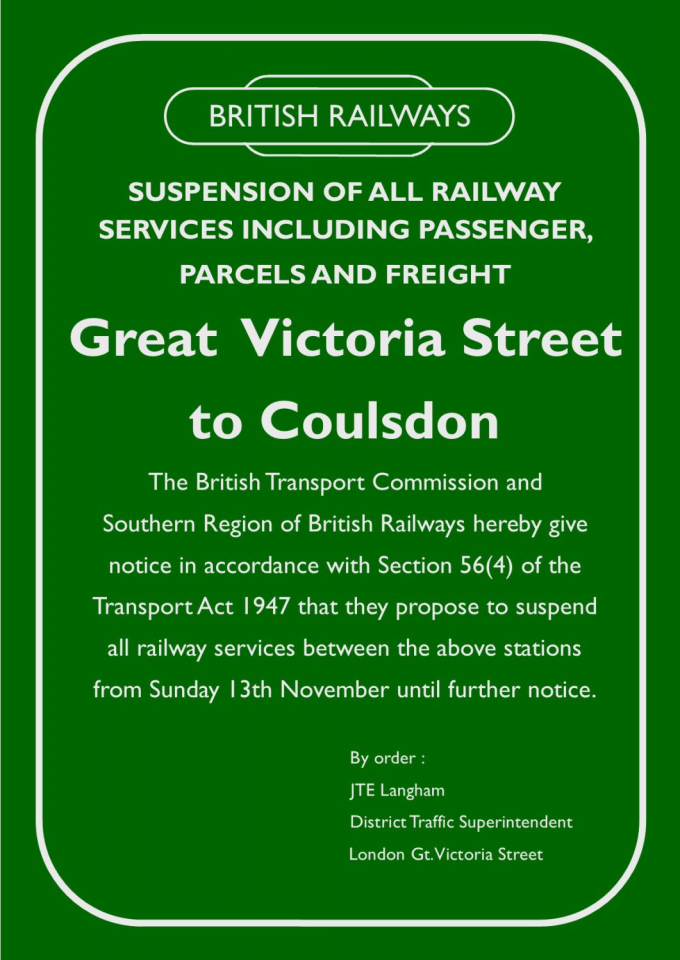 The following day, worked commenced on building the new point and crossing formation. 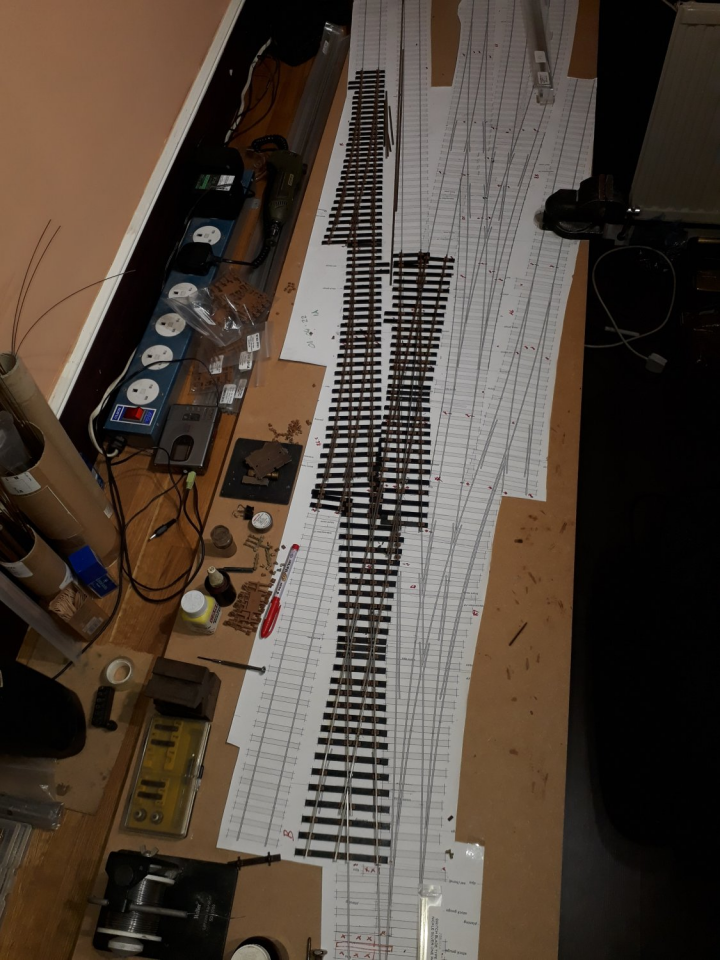 The section below was then transferred from my workbench to the railway. Yes, it did go in the car in one piece....just. 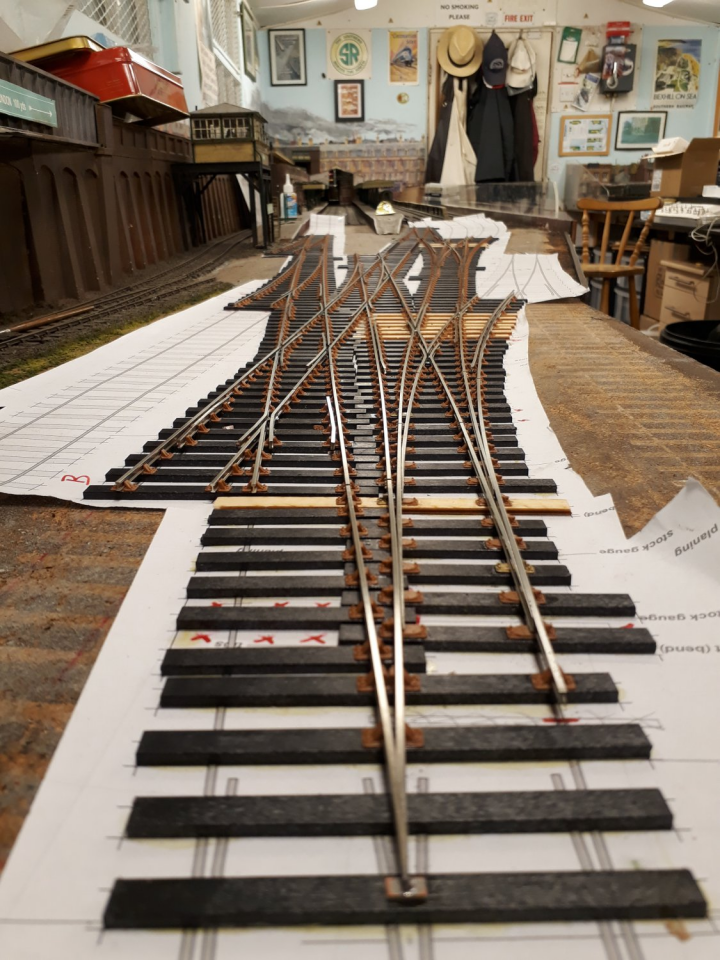 It was then connected to the platform and carriage siding lines. 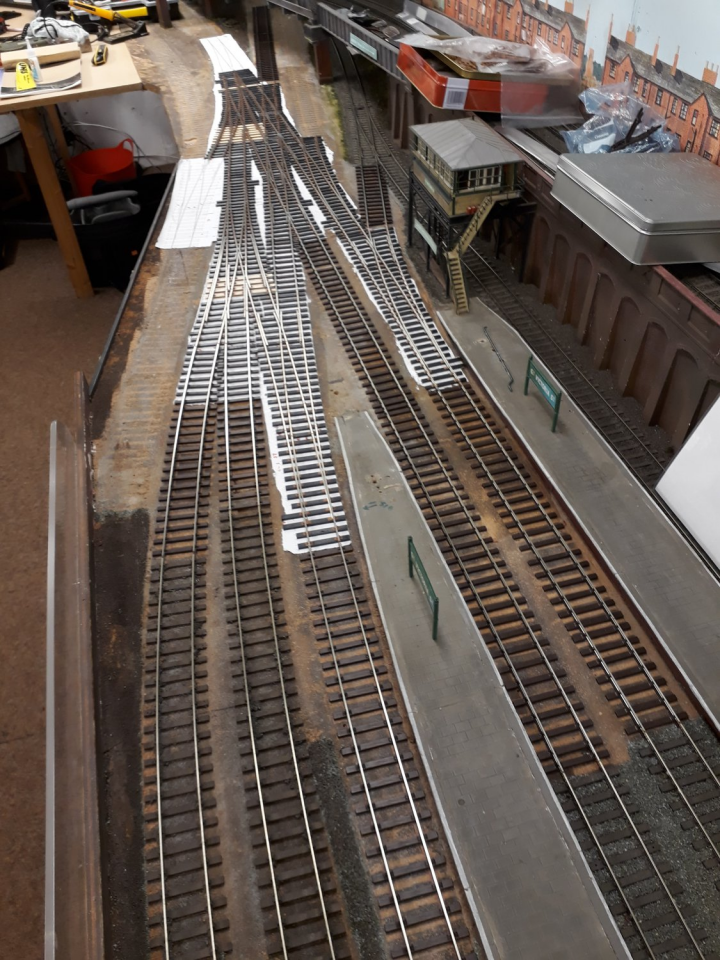 The new scissors crossover was built on site and moved into position. This was a test to check alignments, hence the lack of check rails. 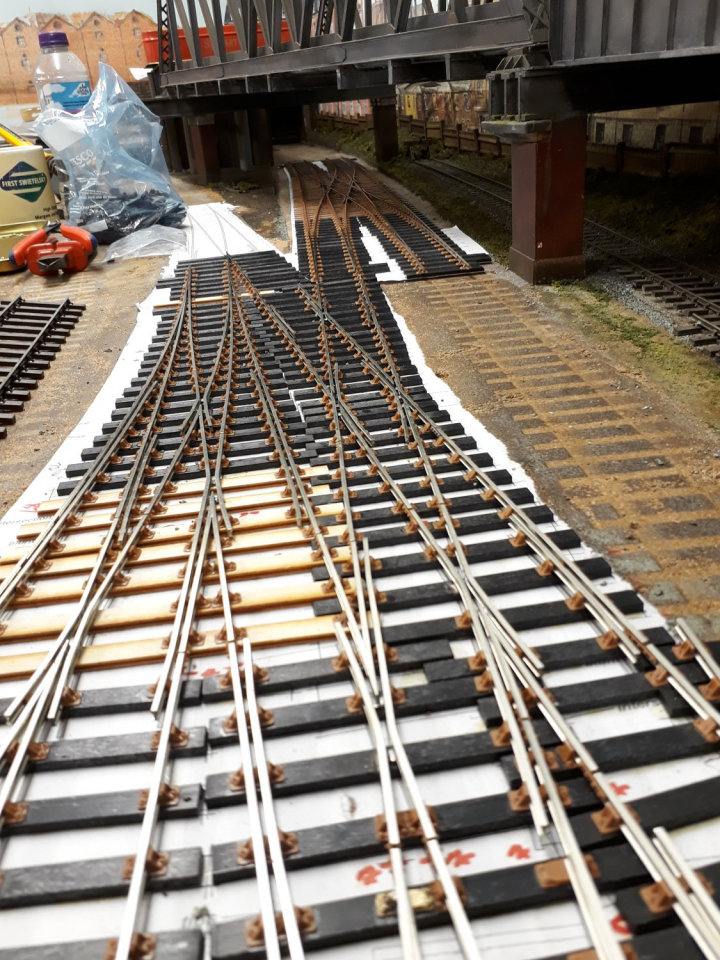 The joy of Templot, it all lines up with the original lie of the main lines. 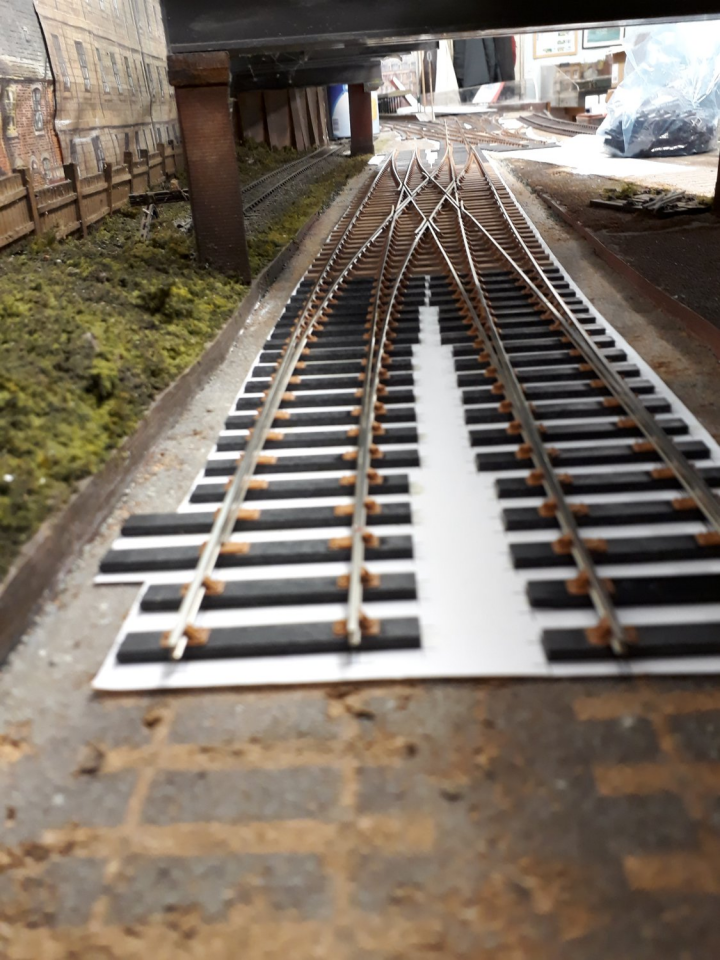 Finally, the Up and Down main lines were reconnected. It was also an opportune moment to level them out as there was a bit of a dip where they entered the shed. 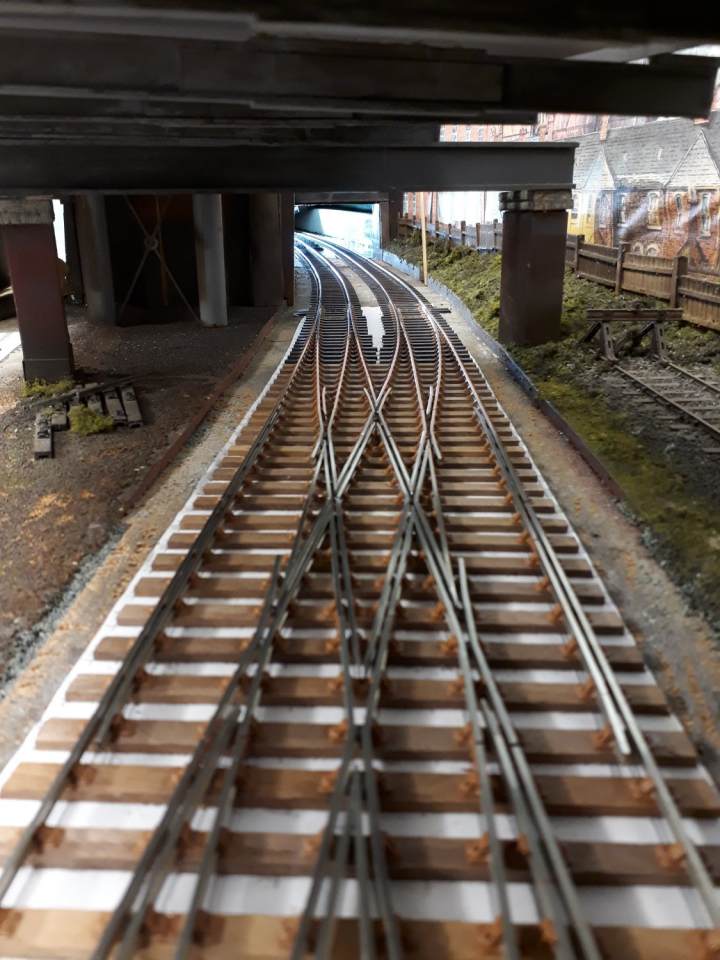 It will be a while before any work is commenced on Seacoal Row, as it allows access to the rear of the railway to install new signalling, position marked by the chopstick beyond the overbridge, as well as wiring up the new track.

Member · From Milton Keynes
You must log in or register to reply here.