Apologies if the title isn't bang on, but only other thought would be a straight slip!

From my baffled beginner message, I've started to think how best to proceed with a more definite layout of Dover Priory about time of electrification. From a layout in book on Southern Stations [copy of page attached, please beat me with a stick if I shouldn't have!], within the London end of tunnel there is a crossover interlaced with crossover leading to down side yard. I believe I'm correct in assuming that the switches of each abut the crossing front of the other [box file attached]. Thus makes sense for a peg position at that position. As usual, it'll be 'spot the obvious', but despite trawling the menu's I can't work out how to fix the peg at the desired location. Can anyone point me in the right direction [no pun intended!].

My next quest would be at some point to work out how to create the obtuse crossings &checks. If there is already any guidance, once again, let me know. 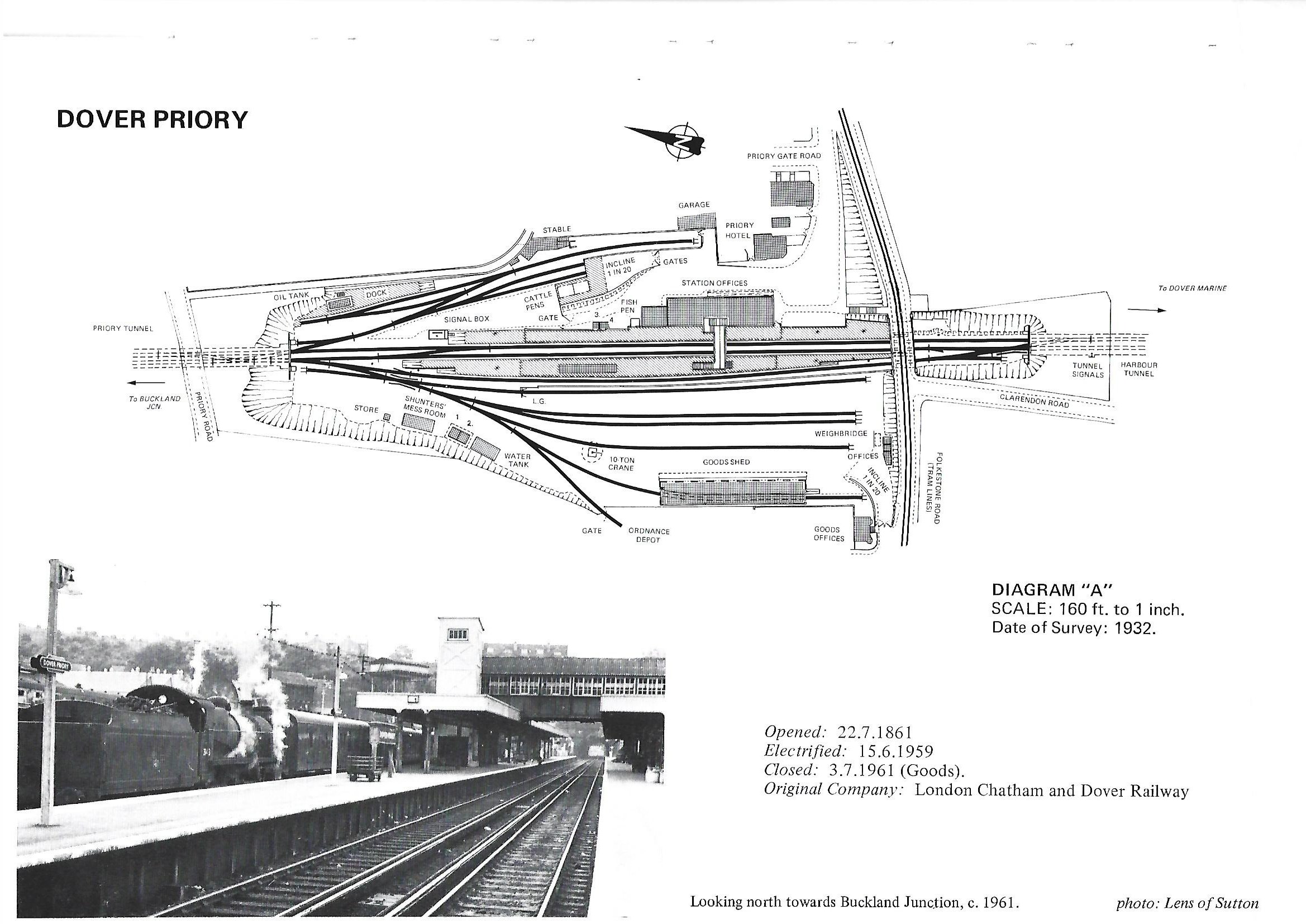 Cransford said:
Apologies if the title isn't bang on, but only other thought would be a straight slip!
Click to expand...

I don't recognise your user name from the old Templot Club, so if you are new here, welcome to Templot Club.

I don't know of a specific name for that formation, it is sometimes called an inside half-scissors. When combined with the other two turnouts it might be called an offset scissors crossover.


edit: since writing what follows I have made a video showing a slightly different way to create an inside half scissors:

But straightened slip makes it easier to grasp, with the switches inside the V-crossings, as in an ordinary slip.

That being so, I suggest to construct the 1:8 turnouts using the 1:8 slip switches from the switch list: 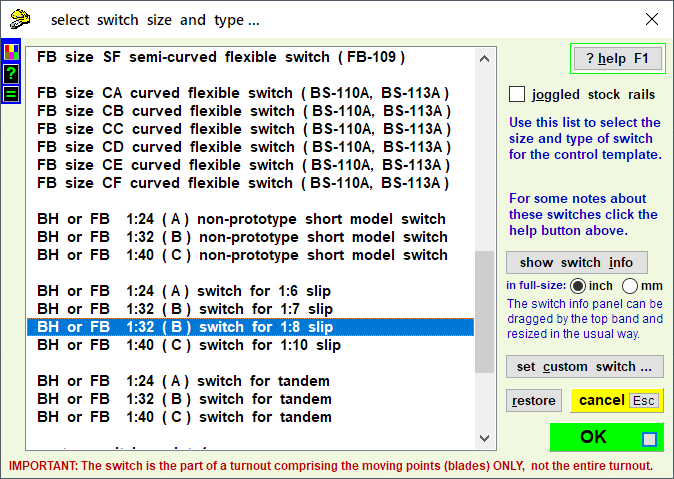 Peg one turnout onto the MCP peg position on the other: 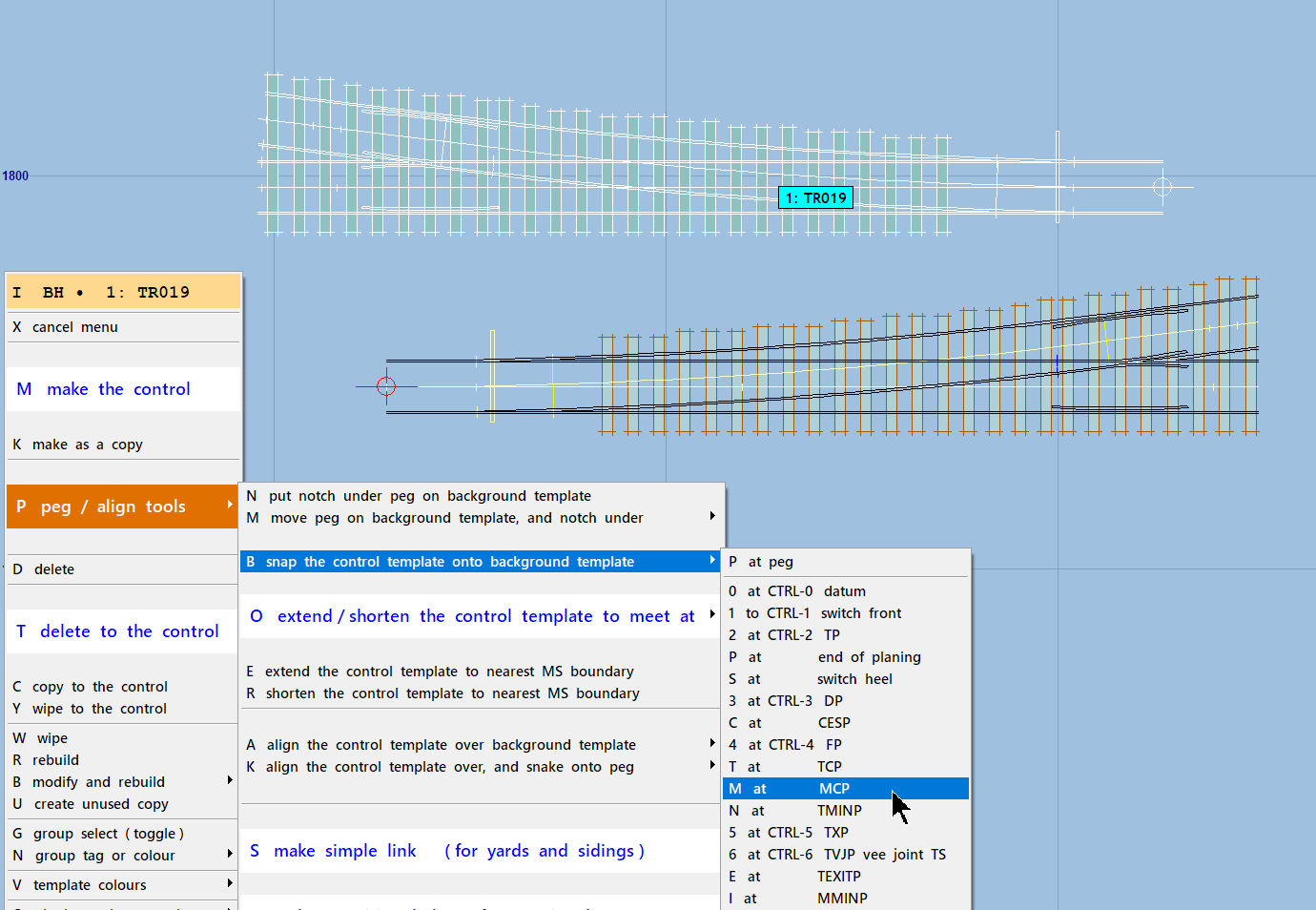 Then obtain the turnout-road radius into some plain track: 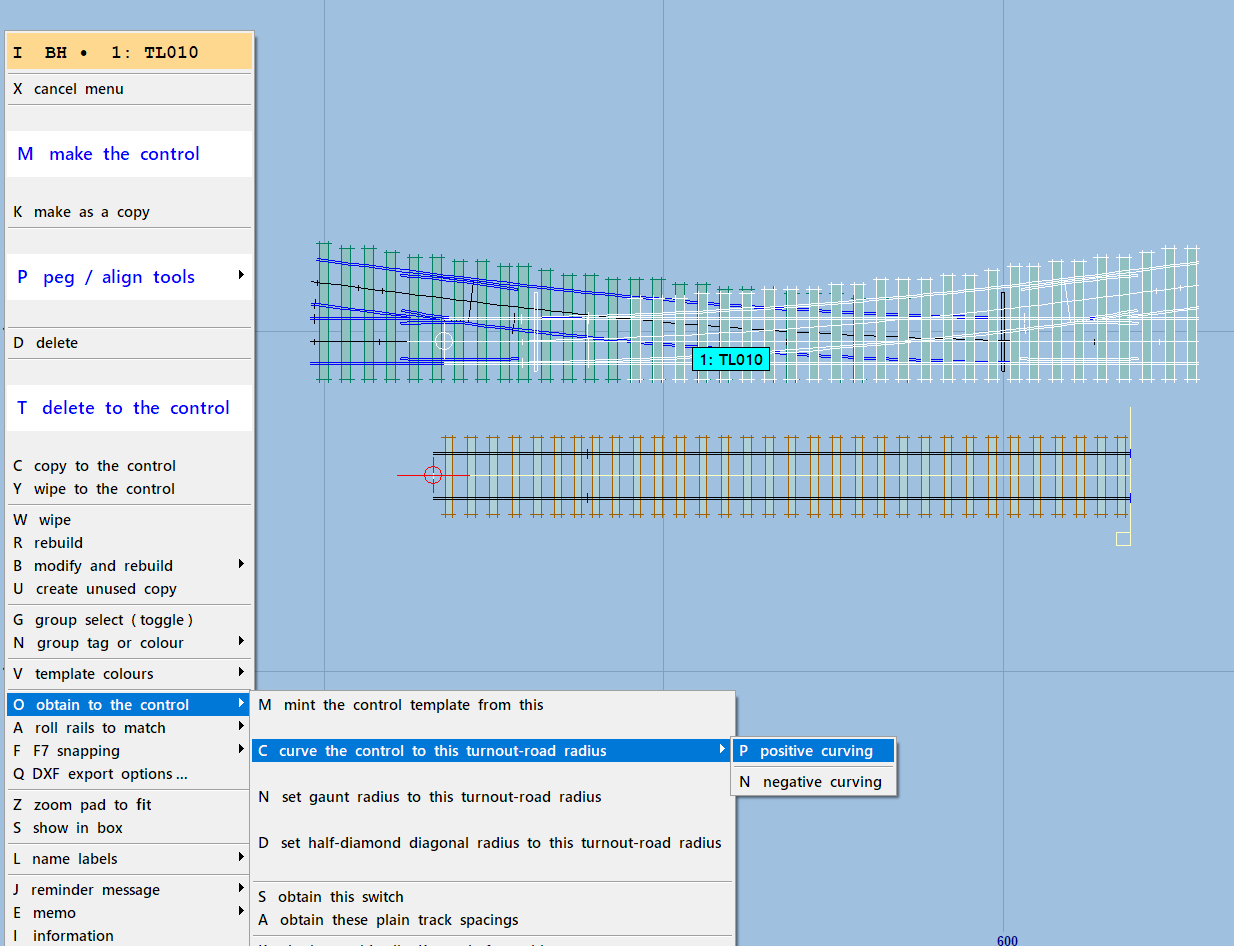 You can then peg it onto the switch heel to replicate the turnout curve: 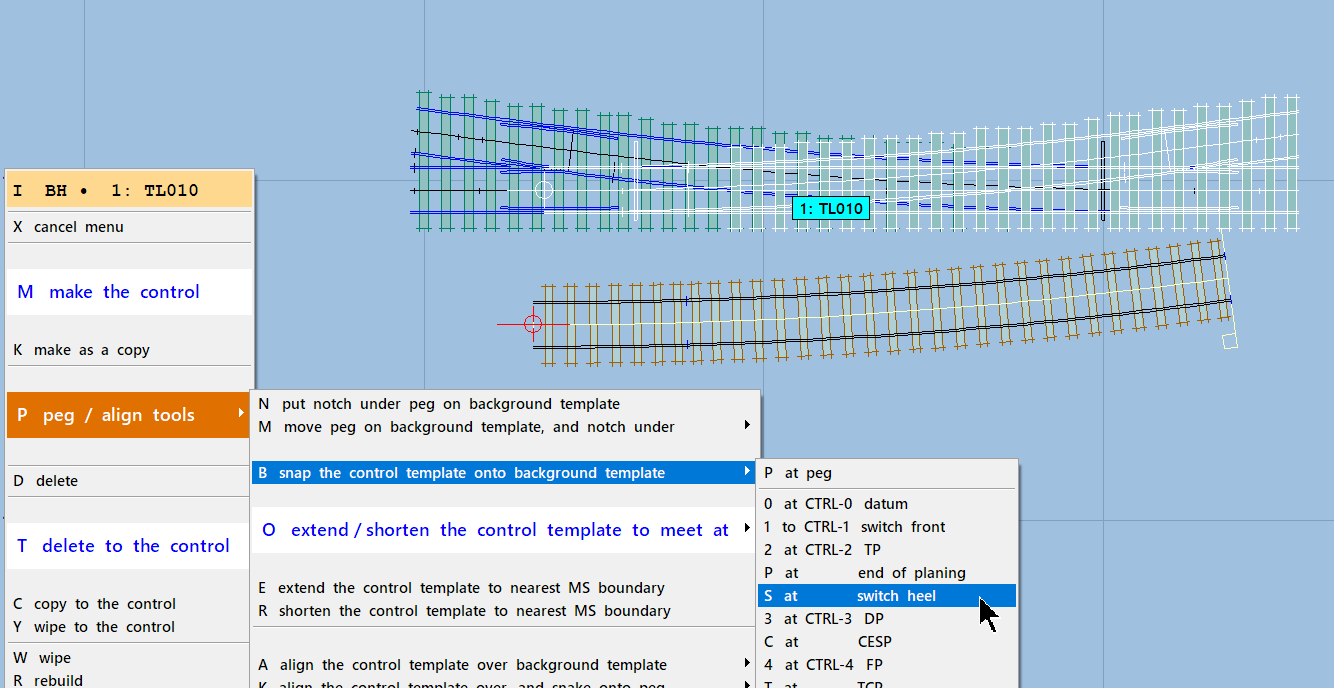 Repeat for the other turnout and then make diamond-crossing at intersection of the two plain tracks: 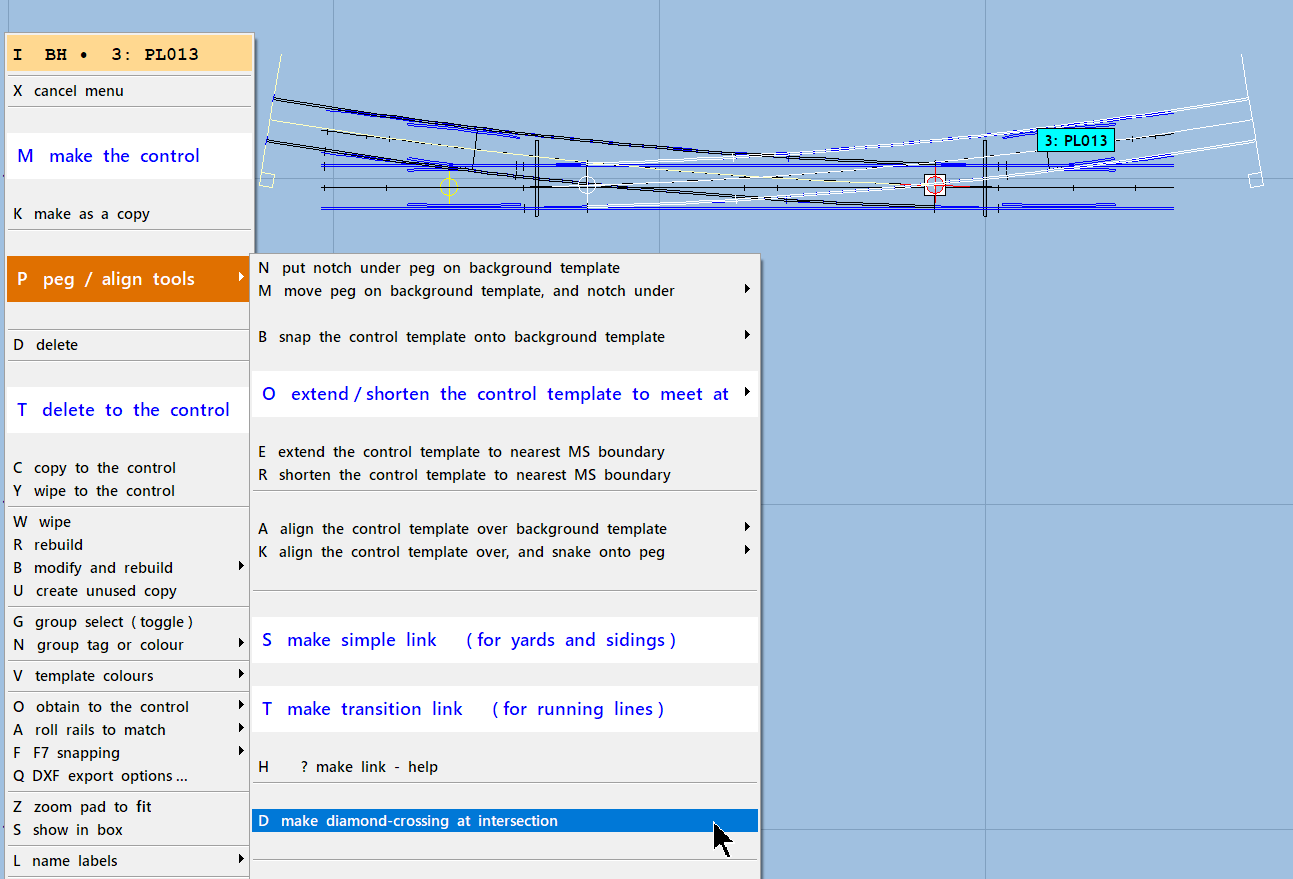 That gives you all the crossing positions and alignments.

Then you can split it up into partial templates, and do the timbering (or maybe not bother, if it is hidden in a tunnel ).

If you need more detail on how to do any of that, maybe someone else can jump in. I'm sorry I'm up to my neck with web stuff at present. . At some stage I will make a video, as it's an interesting and useful formation.

No, there are no K-crossings in a Barry Slip, both turnouts are of the same hand: 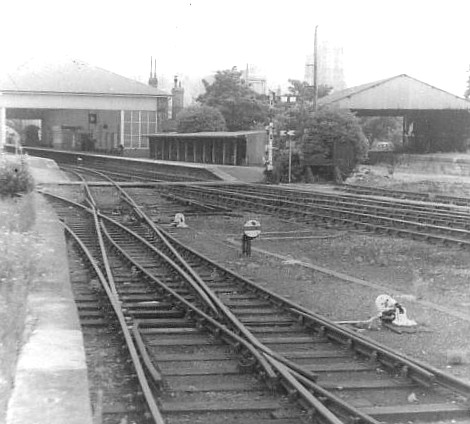 Thanks to Mick Nicholson for this pic.

As always many thanks for pointing in the right direction. Your valuable time is much appreciated. At the moment the timbering will be one of the last things to worry about and I think I'll be OK with it. I know that any 'special' chairs wouldn't have been a problem as the Southern had their own foundry at Redbridge [near Southampton] where all things were possible!

Just returning to this topic to say that I recently made a video showing a slightly different way to create an inside half scissors:

B
Turnout and Crossover rail joints