Parapet on turnout side.

I think that this maybe a flaw, when adding a parapet on the turnout side, the inner line follows the rail, but the outer line continues straight 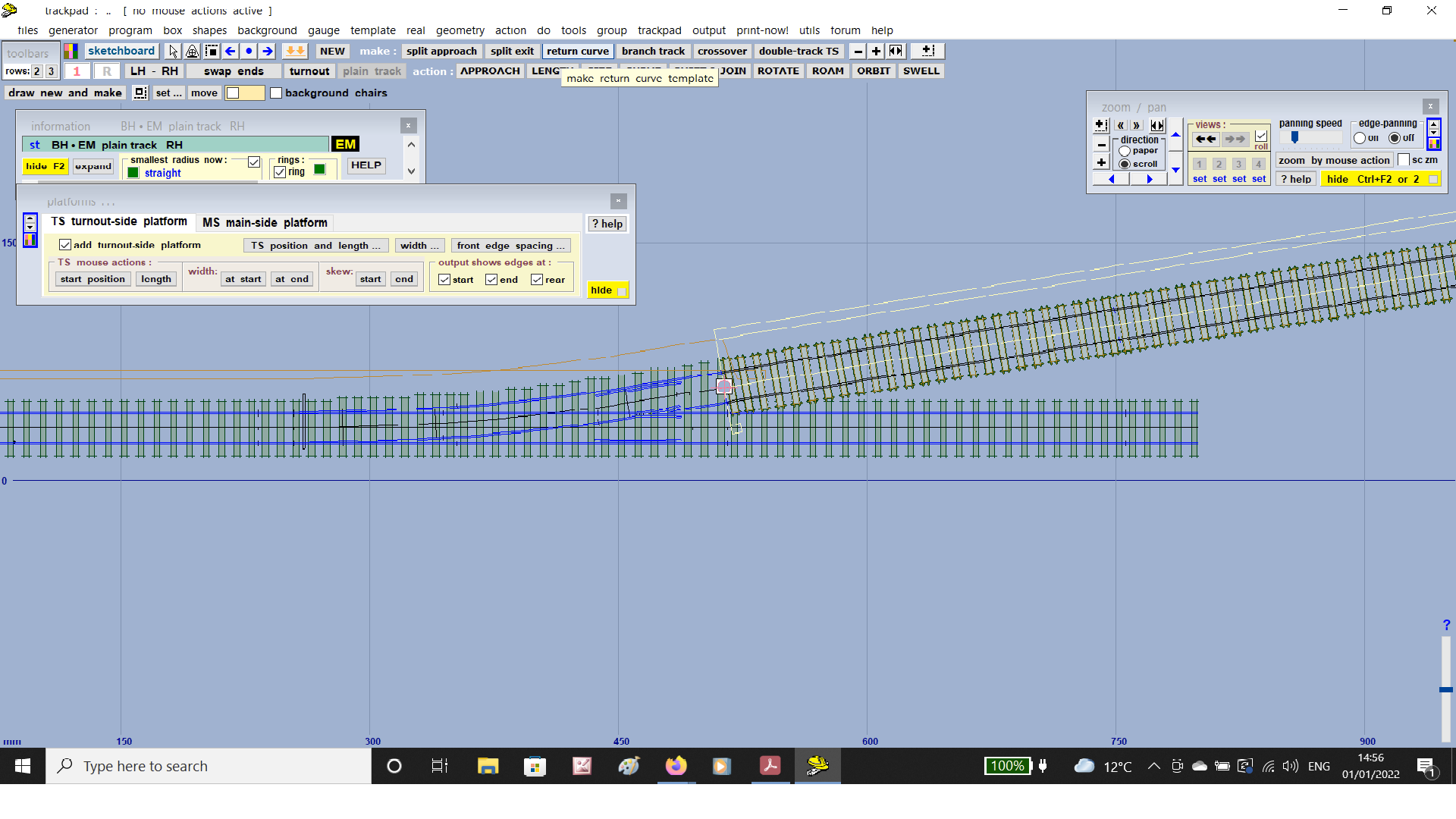 It's not really a flaw, in the sense that it is the expected behaviour. The help note for the parapets does mention it:

The parapets function is just a kludge from the platforms function. A parapet is simply represented as a narrow platform alongside the track.

Platforms don't normally follow the turnout side of a turnout, so the platforms function doesn't work well there. But you can fudge the end of a platform or parapet to line up with the branch track using the mouse action on the end width: 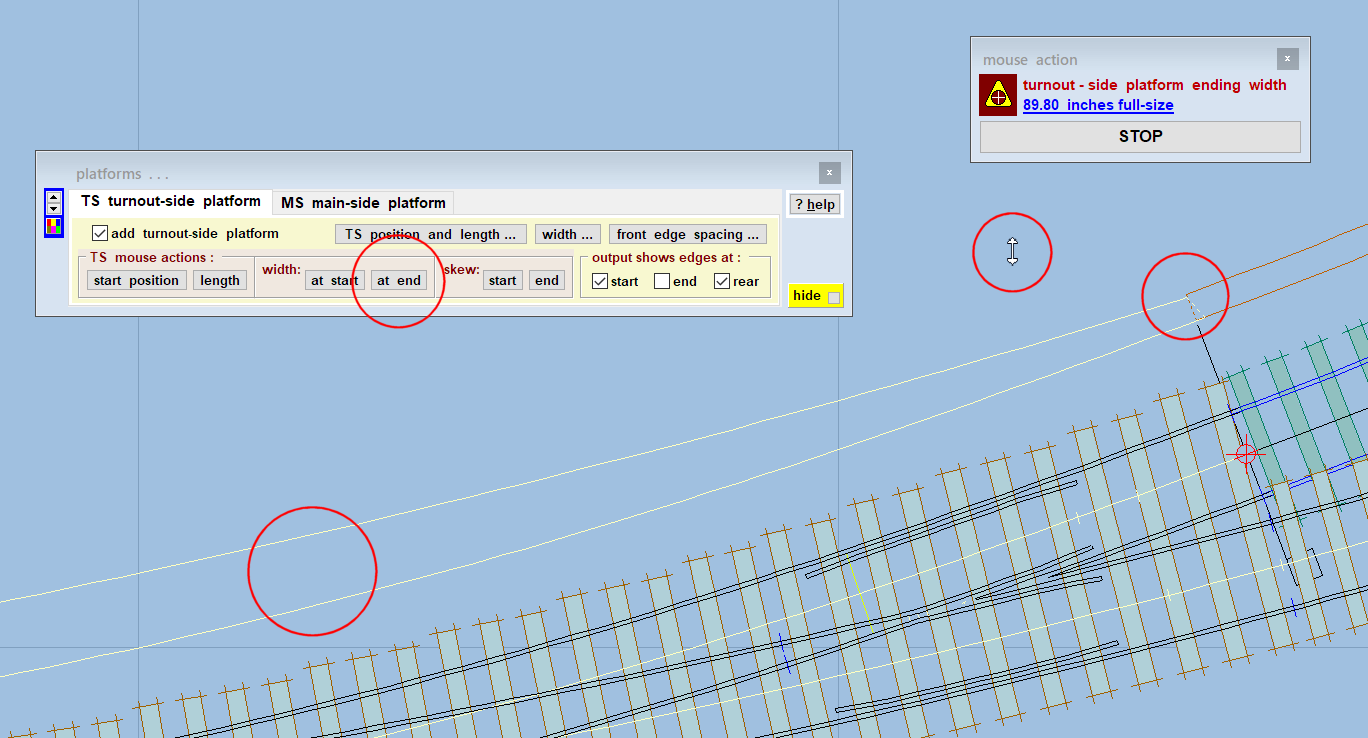 But as you can see that doesn't produce a constant-width parapet.

I will look again at this and find a better solution. In the meantime you could do this: 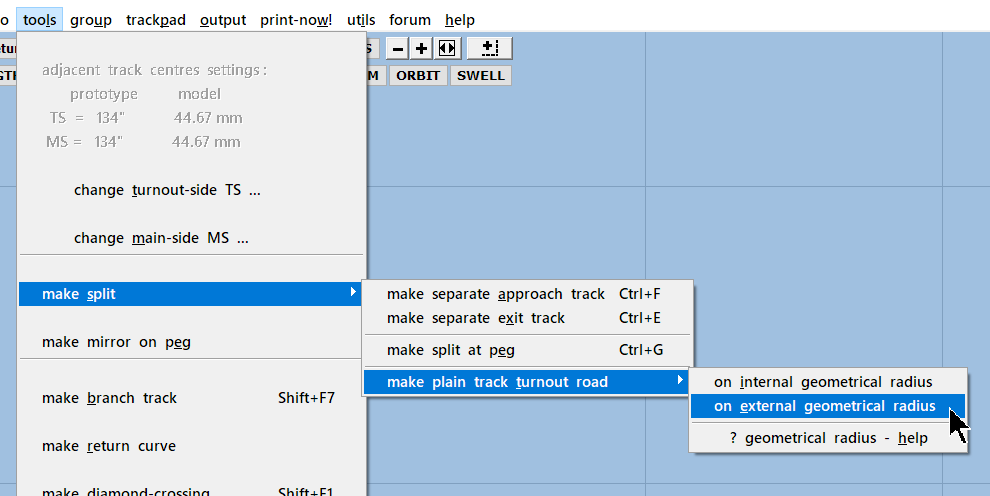 Which also has the advantage that the clearance spacing from the track increases a fraction in the middle of the turnout.

Switch off the rails and timbering, of course.

p.s. there is something strange about the screen rendering in your screenshot. There are problems with the font in some of the window title bars, and bits of the templates are missing -- the end of some timbers and a section of rail. Also the parapet lines are completely scrambled, if you compare them with my screenshots above.

Which version of Windows is that, on what device? Do you have a different graphics card fitted? Is it by any chance Windows 11? I haven't tried that yet, and if that's the result I can see I have major problems ahead.

Maybe it is just your screen capture software playing up?

Now that you've mentioned it, I remember it was a kludge, I was using it as a kludge for bridge abutments, to see if I had room for turnout servos in a viaduct.

I am using a Lenovo laptop with win 10, although I have the opportunity to upgrade to win 11, I have not done so, incase I lose some software.

Just checking the screen capture, yesterday's screenshot does appear odd, I have now taken another screenshot and I've added it to see if there's any difference. 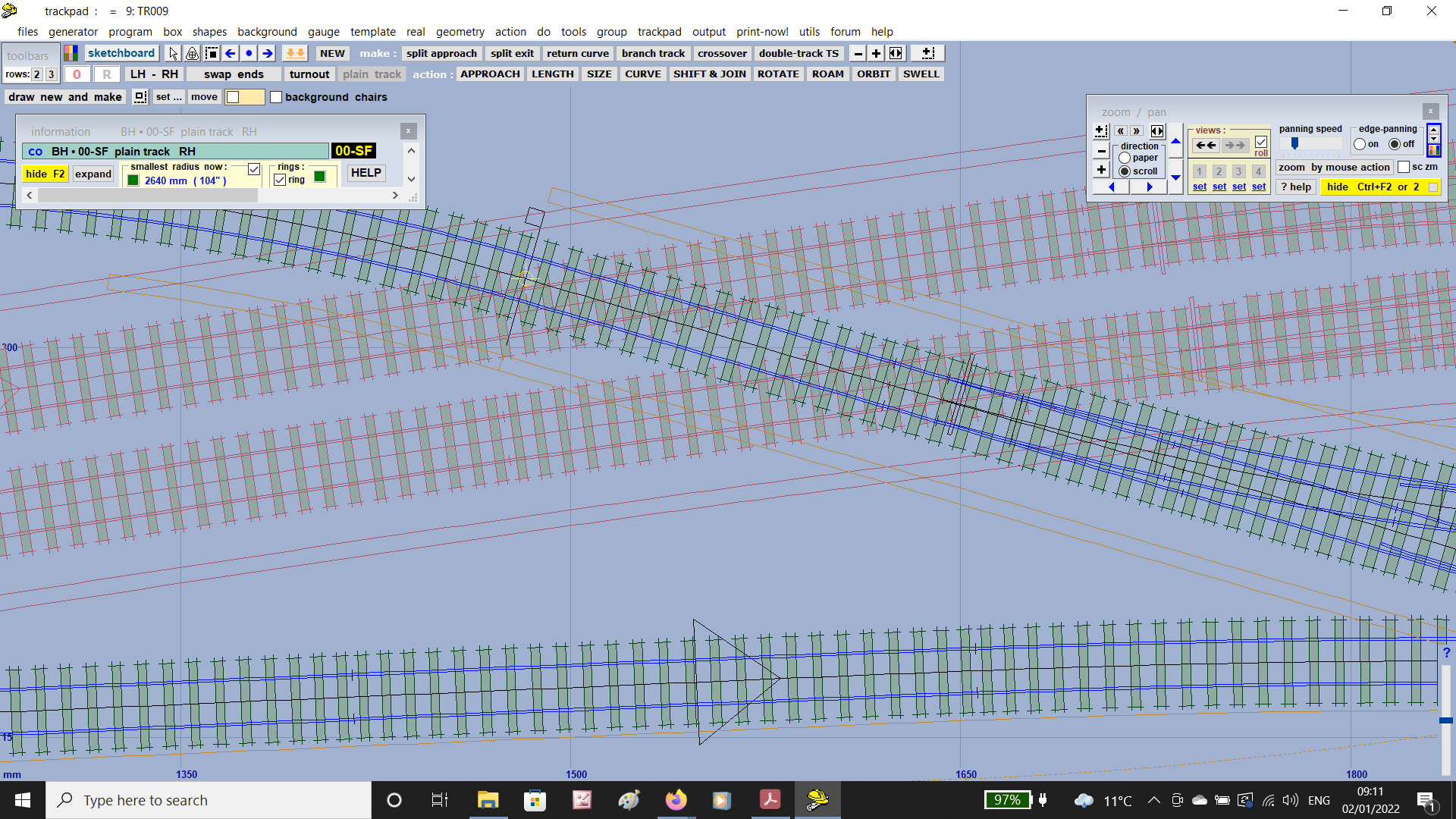 Looks alright pre-posting. Maybe the laptop had a hangover yesterday.

I have fixed the TS rear edge of platforms and parapets:

Thanks, Martin, for taking the time to sort it out.

Thanks for the second screenshot, it does look ok now.

B
Turnout and Crossover rail joints