Tip of the day - multi-level tracks

Sometimes where we have tracks crossing on multiple levels a means is needed to indicate which track is on which level.

For tunnels, hidden sidings, etc., it is easy enough. The hidden tracks can have the timbers omitted, or be shown in marker colours.

Where tracks cross on a rail-over-rail overbridge it is not so simple. The lower level tracks may include pointwork for which we need to see the timbering, and the section below the bridge is likely to be shorter than a full template, so that changing the template marker colour wouldn't help.

For such situations I suggest adding parapets to the upper tracks, which provide a visual indication of an overbridge: 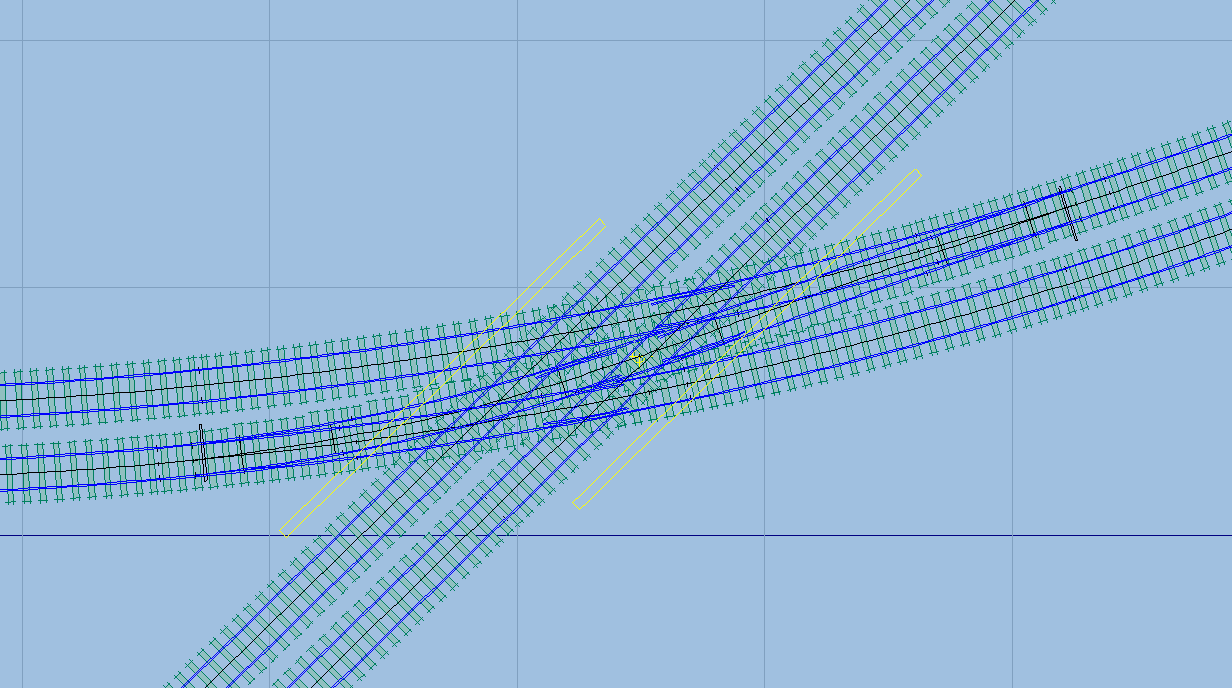 Solid parapets may be purely symbolic of course, if the actual bridge will have railings or the tracks run between side girders.

The position and length of the parapets can be adjusted in the same way as the platforms.

On the printed templates parapets appear with solid infill, but on the trackpad view they are outlines only -- I will look at adding a hatched infill to make them more prominent. 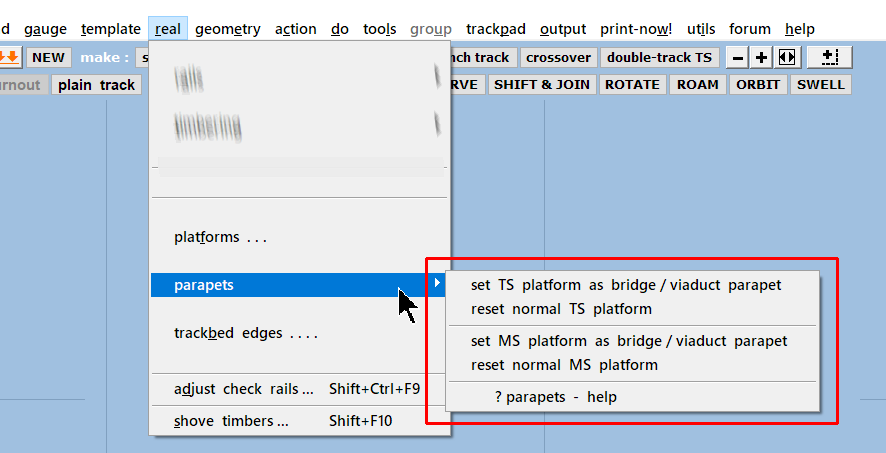 Tip of the day - trackbed edges

Tip of the day - run out of black ink?

Tip of the day - zooming

Tip of the day - construction symbols